Journalist Near victim of human trafficking

Home/Blog/Journalist Near victim of human trafficking
Previous Next

Journalist Near victim of human trafficking

Brittney Cason is a media personality whose work has been featured by The Charlotte Observer and CBS Charlotte, among other outlets. Those reporting instincts ultimately saved her from becoming a human trafficking victim during the 2014Winter Olympics in Sochi.

Cason wrote a first-person account of her experience forXOJane.com‘s “It Happened To Me” series. She recounted reaching a seemingly legitimate agreement to work with a Los Angeles-based production company during the Games.

She told her tale while limiting information in terms of names and other detailed notes due to ongoing investigations and a pending case:

To keep those involved in this situation anonymous for a pending case, I will merely explain the scenario. A man claiming to be a talent acquisition agent booking correspondents to cover the Sochi Olympics approached me via my website back in September. Given my background in sports broadcasting hosting a nationally syndicated motorsports show and working on sports talk radio, it made sense he was recruiting me.

Cason states she was contacted through her personal site by an individual claiming to be a talent agent booking correspondents to cover the Sochi Games. The talent agent eventually selected her and another reporter from the Charlotte area after a lengthy vetting process to make the trip to be a live event emcee and beat reporter.

During the vetting process, Cason had to provide multiple reels featuring her past work while also getting the permits necessary to work in Sochi. 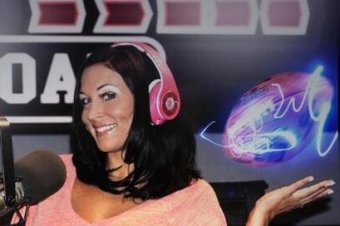 Cason in a flyer for a Monday Night Football event.

At the same time, Cason did some baseline research on the man who contacted her and determined he appeared legitimate. He had a website and verified Twitter handle, and everything he had told her personally appeared to check out. The same held true for the Los Angeles production company.

The red flags didn’t start waving until this man again contacted Cason wondering if she knew any other females in the industry who would be interested in joining the coverage team. The so-called talent agent was now willing to hire her friend and offer her an immediate work visa without any further information or audition tapes.

That led her to contact the other broadcaster who had been hired, and they began working harder to make sure everything he was telling them checked out.

It didn’t. As it turns out, the L.A. production company he was allegedly representing had no knowledge of him and didn’t request his services. She was put in touch with the company’s lawyers and the FBI to collect information.

Cason provided more information about human trafficking from Jillian Mourning of the All We Want Is Love organization:

So many of the stories I’ve heard from survivors of Sex Trafficking start with, “I was hired for a modeling job.”

“The Olympics is a huge draw for trafficking,” Jillian added. “It’s a major sporting event in a foreign country, and American women are typically sold for more in foreign countries.”

Thanks to her instincts, she was able to save herself from the situation. Given how close she came to making the trip, however, it’s worrisome to wonder if others weren’t as fortunate.

She finished the article by giving advice to anybody facing a similarly intriguing yet potentially dangerous situation. In the end, she says it comes backs to the old phrase, “If it seems too good to be true, it probably is.” 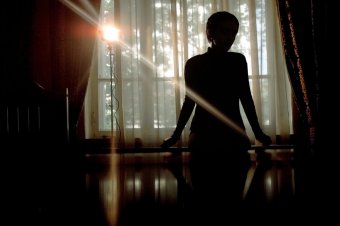 It’s a very interesting and sobering story about the dangers that lurk around many corners. By telling her story, the hope from Cason is probably to help save other people from falling into the same life-altering trap in which she almost found herself.

The Olympics aren’t the only time this type of thing can happen, of course. It’s something that is commonly talked about surrounding many major sporting events.

Cautionary tales like Cason’s are one reminder for people to take a step back before traveling into unknown territory.

About the Author: Donna Joiner

Thank you, Melanie Martin and Missy & Clay Courts for partnering with Women World Changers to build and furnish an orphanage in Pamaru, India. We are honored to bless Angel House with $35,350 to build an orphanage and $4,800 for a water well, shoes, backpacks, and school supplies. This home brings abandoned children from slum to safety and into the loving arms of caretakers that will educate, love and raise them to become future leaders in their generation.

We are looking for men and women willing to donate funds monthly. Our goal is to bring substantial change to safe homes, training centers, rescue programs, and various other ministry needs. If it’s on your heart to donate a one time sum this will help with reaching our goal.

However; we are looking for consistent sustainability through many people giving monthly amounts … “many hands makes light work ”. $10 a month or more will provide consistency which will allow us to expand and serve more ministries to enabling us to bring real change to women and children in need.

“This is the confidence we have in approaching God: that if we ask anything according to his will, he hears us.” 1 John 5:14 We had a vision of a million people standing in the gap and praying together.  Imagine the response of heaven as thousands of us lift up prayers in unison for women and children.

We can move heaven together. Please join us, become a prayer warrior, in doing so you will receive monthly newsletters for specific prayer requests; you will also receive information on our quarterly leadership calls. Banding together, we can be a powerful force here on earth.

>“A voice of one calling: In the wilderness prepare the way for the LORD” Isaiah 40:3. We need voices sharing and preparing the way for the Lord and what He wants to accomplish through all of us together. Share by social media, word of mouth, email, text or even by talking to your family and friends.

Let them know the impact they can make with us. We need many voices out there to bring light to a dark place, to bring light to these women and children who need someone to stand for them. Will you stand with us?

Women World Changers partnered with One Nation One Day to provide funding for wells. In Peru 1 out of 3 people have access to clean water. This year WWC sent $12,000 to build two wells that will serve 2,000 people per day.

Women World Changers had the opportunity to be part of History being made in the Nation of Peru on June 20-30, 2019. Fifteen stadium events, 5400 outreaches, and 10,000 missionaries embark on this nation. Our gift of $35,000 will blanket the nation with 500,000 new believer/discipleship books that will assist with radical transformation of lives and the ultimate goal of salvation.

Women World Changers partnered with KERUS Global in South Africa. This year WWC sent $12,180 to furnish their safe home providing major appliances, furniture and other items to make this house a home.

Women World Changers partnered with JH Israel’s vision to build up the next generation of leaders. This year WWC sent $75,000 to renovate their Big Top on campus.

Women World Changers partnered with Missions.me and Angel House previously to build a home in Nepal for 40 women who were rescued from trafficking. This year WWC sent $15,000 to build a training center for these women to learn new skills and be able to open up their own small businesses.